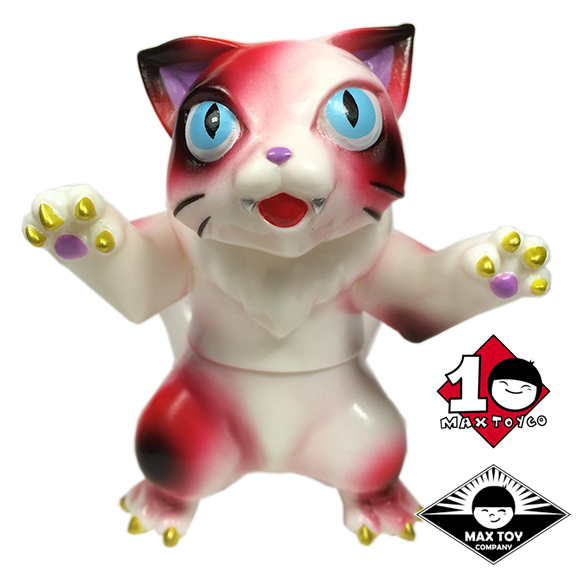 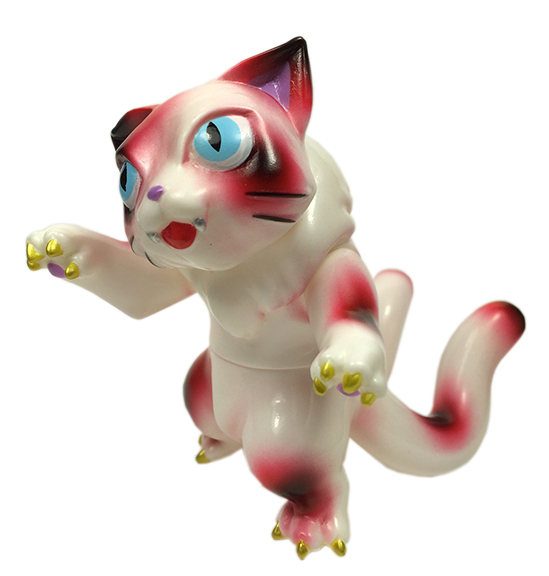 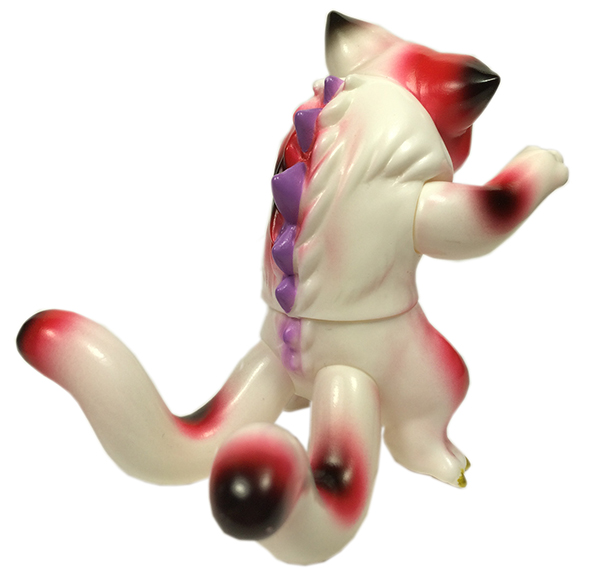 Meow ! Also for those who pre ordered the King Negora .. finally they are just about done at the painting factory ;-/ I’m so sorry it’s taken so long, but the delay is industry wide concerning soft vinyl production in Japan, I’m sorry to say.

Well I suppose one should not under estimate the power of Hello Kitty Fans 😉 The newest entry in the Hello Kitty Kaiju line quickly sold out at the EMP museum store. I think I can say we are working on making more but a lot of the timing of when the next batch arrives will depend on our factory in Japan. Many thanks to Chris and the store staff as well they had a massive line all night.

Stay tuned for more info and thank you to those who were lucky enough to grab one ! 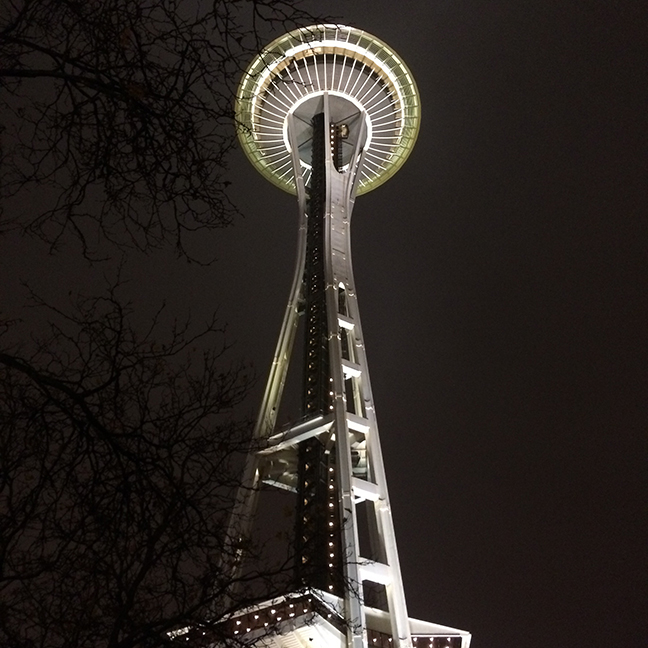 Seattle is of course a stunning city and the EMP museum is located right next to the majestic Space Needle. You can’t tell from this picture but it was pouring rain ;-P 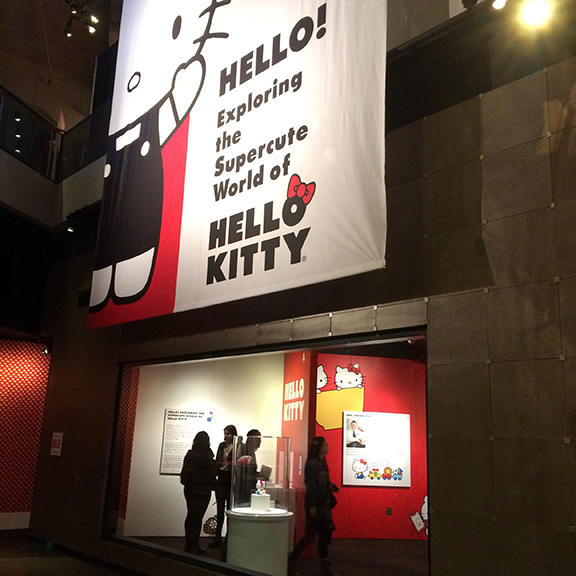 I didn’t take nearly enough pictures but the preview show was totally packed on all levels of the museum. The rain had no affect on the Fans !

By the way, when you go be sure and check out the basement, as it contains some super duper rare movie props from Sci Fi & Horror films … like original Star Wars light sabers and original Big Chap Alien costume (!) 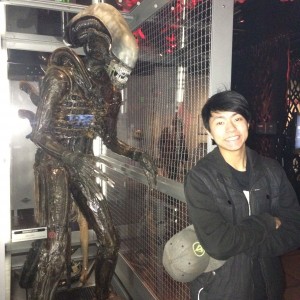 Seriously not fake … all Max and i could do was stare and drool  ;-P 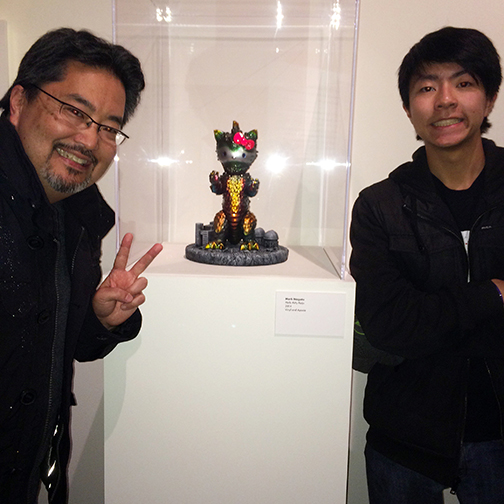 I drag Max along to all these shows as much as i can, and you can tell he’s thrilled to see this piece … yet again ! Well, Hello Kitty Kaiju is now owned by Sanrio so I suspect she will see much more of the World than I 😉 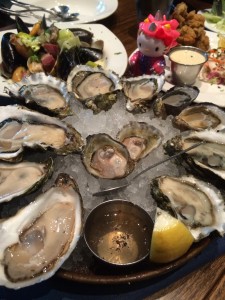 The shows up thru May 2016, I highly recommend seeing it, and of course Seattle, too !

Well, the cat’s outta the bag ! … We are happy to show the exclusive Hello Kitty Kaiju figure only via EMP Museum in Seattle ( http://www.empmuseum.org ) ! Each is fully hand cast in soft vinyl ( sofubi ) and hand painted in Japan by Master craftsmen. 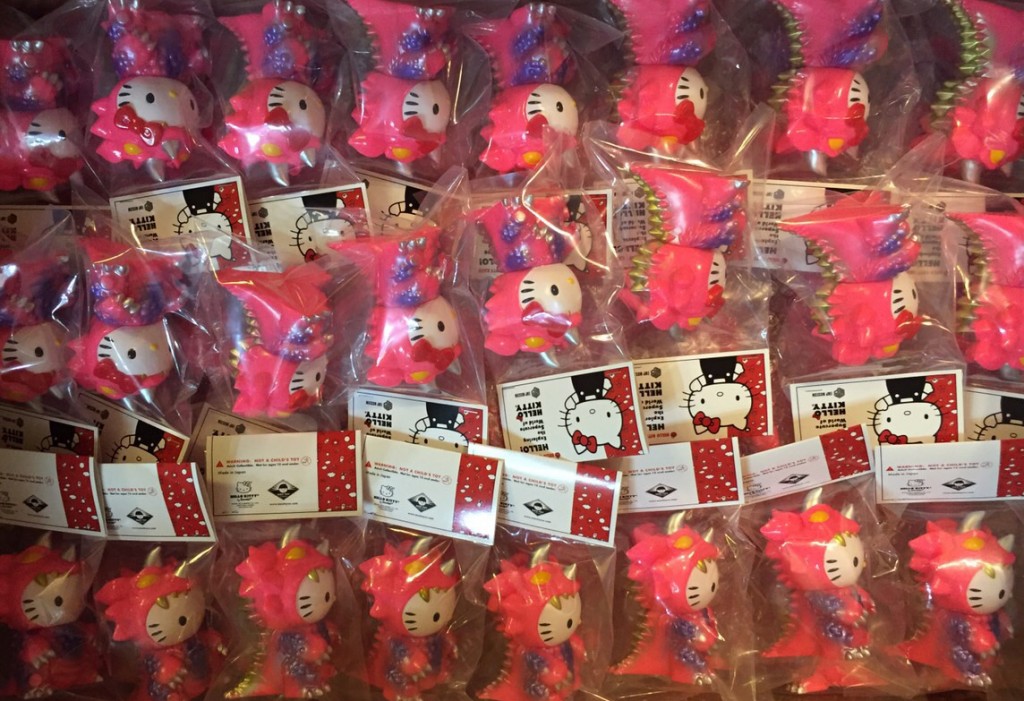 The Hello Kitty Supercute exhibit travels from Japanese American National Museum to EMP museum with an opening party Friday night November 13th, 2015 ( I’ll be there 😉 ) and public opening on Saturday.

The figure will be available in their store ( but please check with them in terms of online sales etc ) It’s exclusive to EMP, so I will not have any to sell sorry to say.

Now in our web store: http://www.maxtoyco.com/shop_item.php?id=1070

Thanks to artist Javier Jimenez for the color suggestions ! 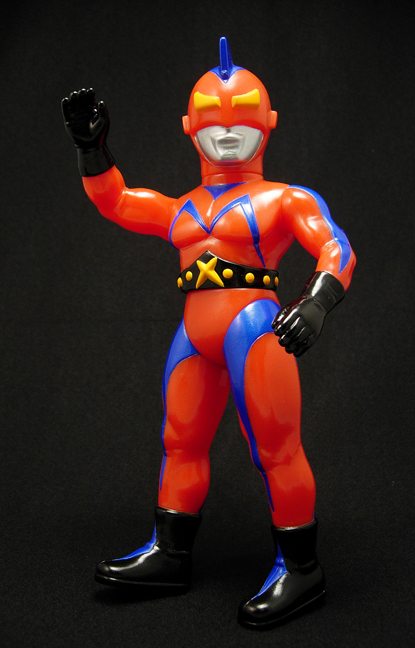 Hard to believe it’s been 10 years since founding Max Toy Company ! I thought I would share some behind the scene pics from the early days. We start with my original character, Captain Maxx. Named after my son Max … whom the company is named for as well 😉 While we’ve gone on to make Captain Maxx in other sizes and in Japan, this first China made version remains my favorite.

Fun Fact: I use “Max” so much (company name, Characters etc) that people think my name is Max ! I’d say about a third of the emails are addressed to Max  😉

Before launching the character I posted up a secret web site, which gave the back ground details on where Captain Maxx came from: www.captainmaxx.com

By the way, it’s a fictitious story but fans still think there was a vintage TV series in Japan  ;-P 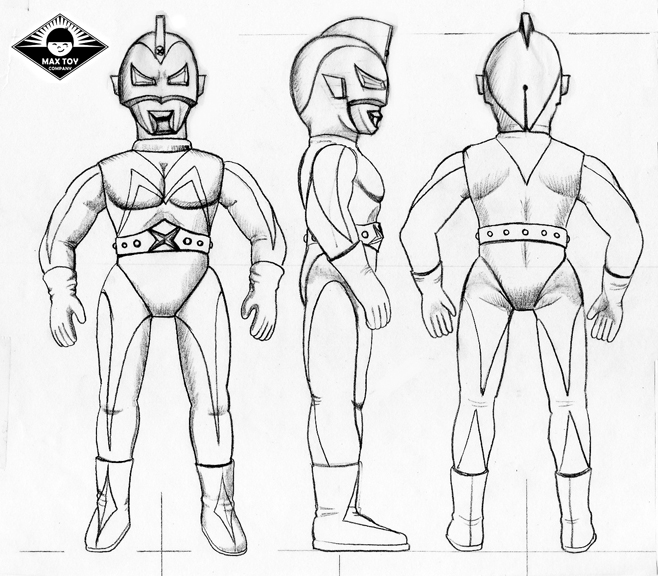 Here’s the sketch I did that the factory used to base the sculpt below on. My influences for the figure included Ultraman, Spectreman, Mirrorman and Marvel comics 60s Captain Marvel .. all mashed up ! 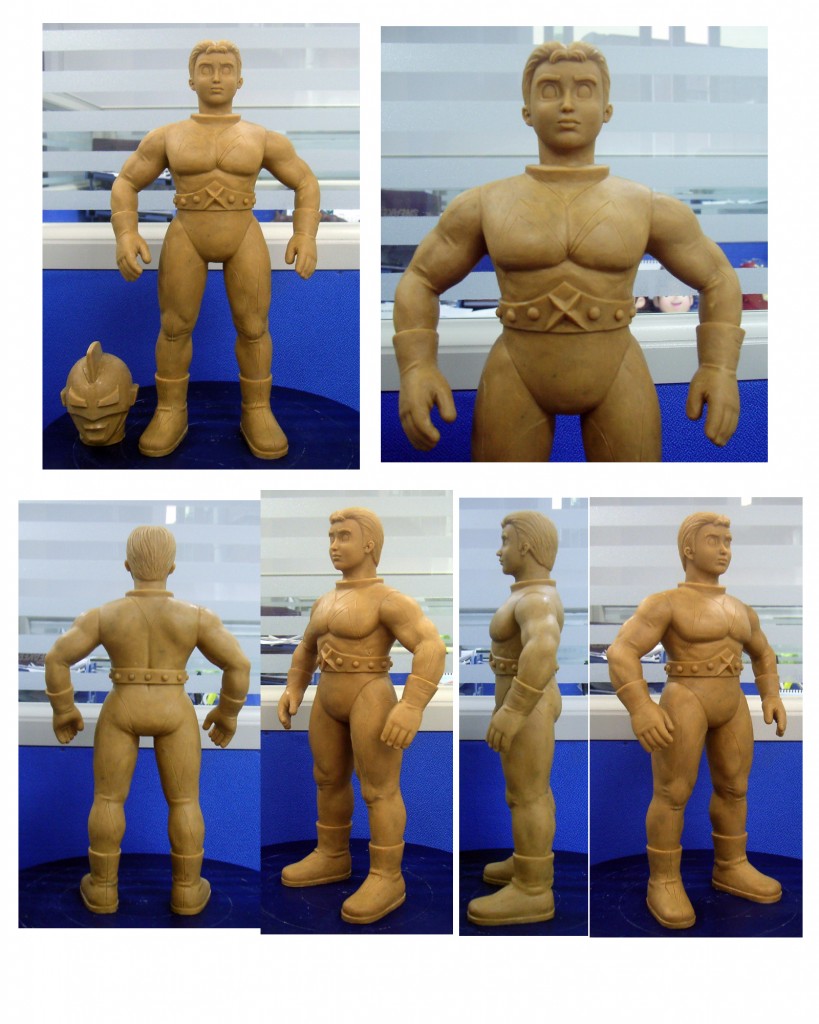 Sporting a “removable” mask which reveals a hybrid face underneath of Me (hair parted in the middle), Max ( his dimple on the cheek) and the generic Japanese toy male face sculpt. 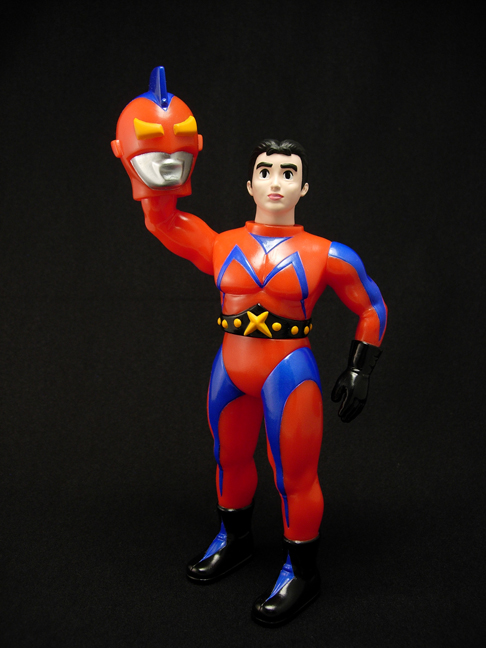 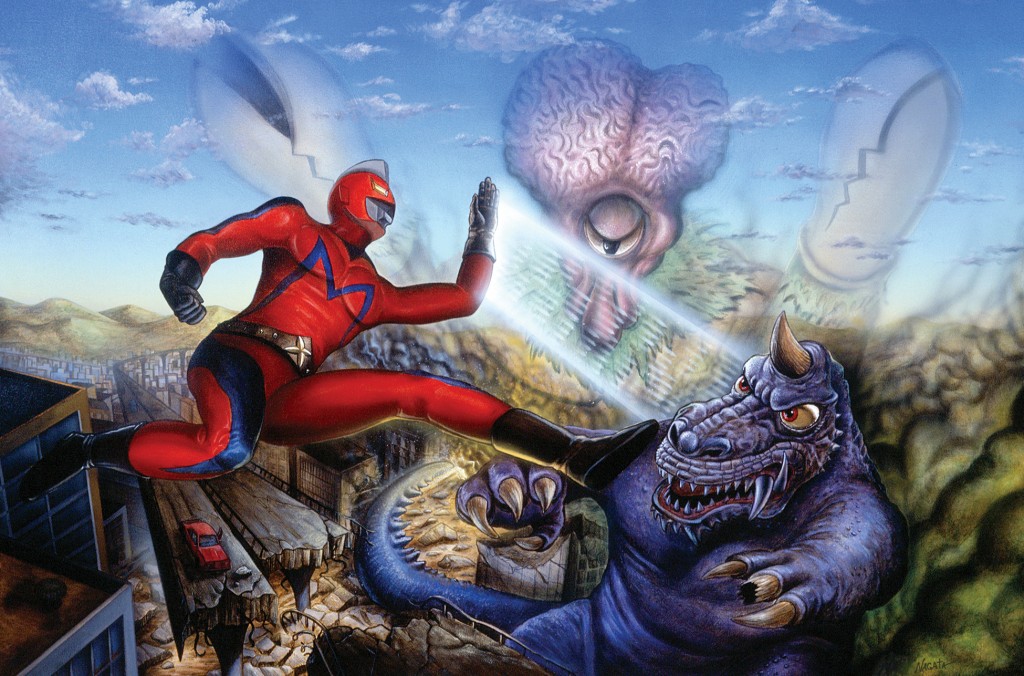 Header card painting I did for this project. Acrylics on canvas. 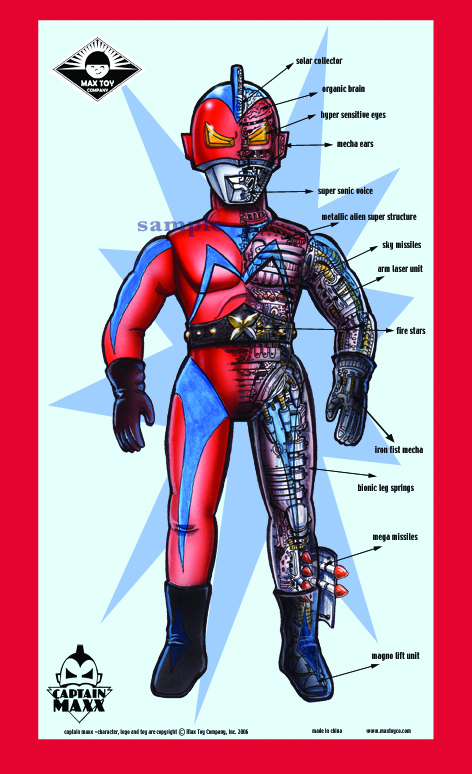 Backing card with cutaway view of Captain Maxx. Pen and Ink with airbrush.

And of course Captain Maxx needed his own theme song ! Hope you enjoyed this look back .. I’ll post up more throughout the year. 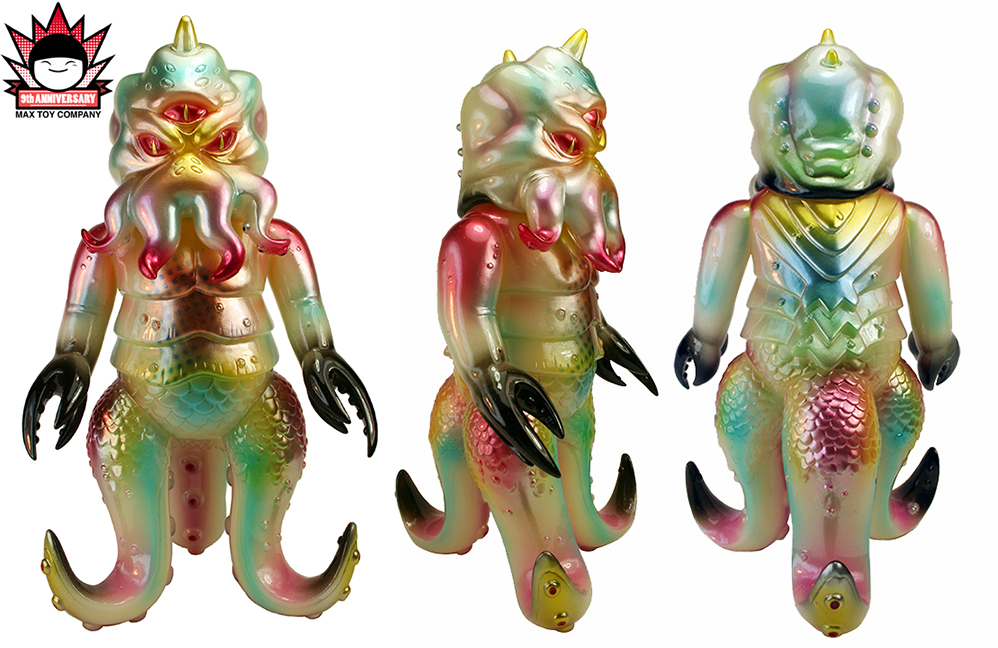 Monster Kolor paints on Glow In the dark soft vinyl base. Painted by Mark Nagata. Less than x10 pieces in this run. 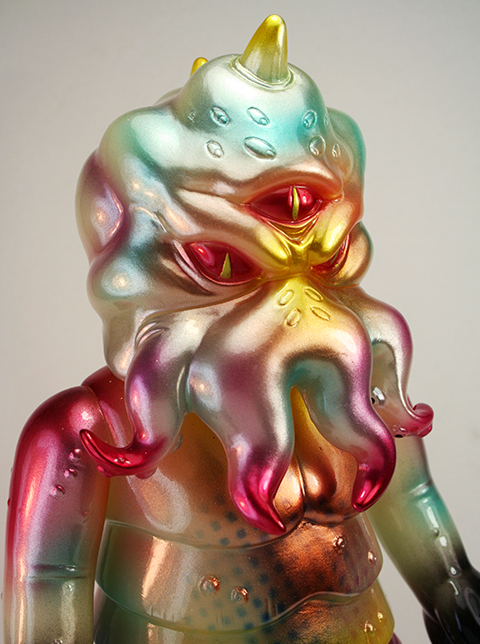 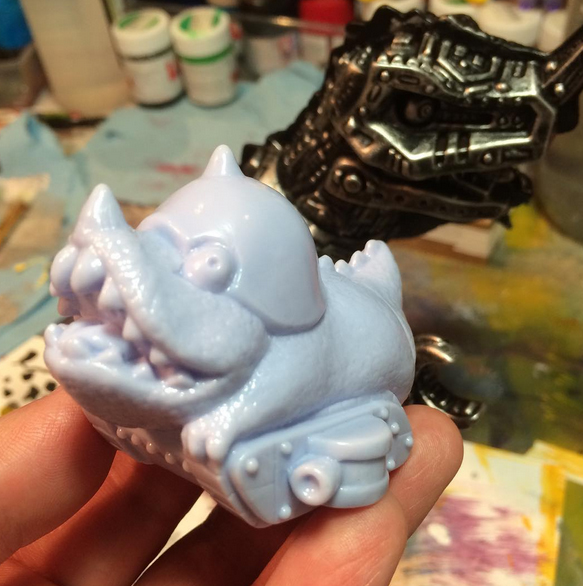 Sorry for the lack of updates been working on customs for various upcoming shows plus randomly dropping Ultimate SaiKobi customs in the web store (all sold out) Above is a test shot of a Saikobi on a tank .. part of a special series we are working on for 2016 debut 😉 I’ll try to post up a few more as we go along. Its gonna be a very cool project ! Of course you can get daily random Kaiju posts from me via Instagram: @maxtoyco

and this custom Galaxy Spiki via Martian Toys booth #203 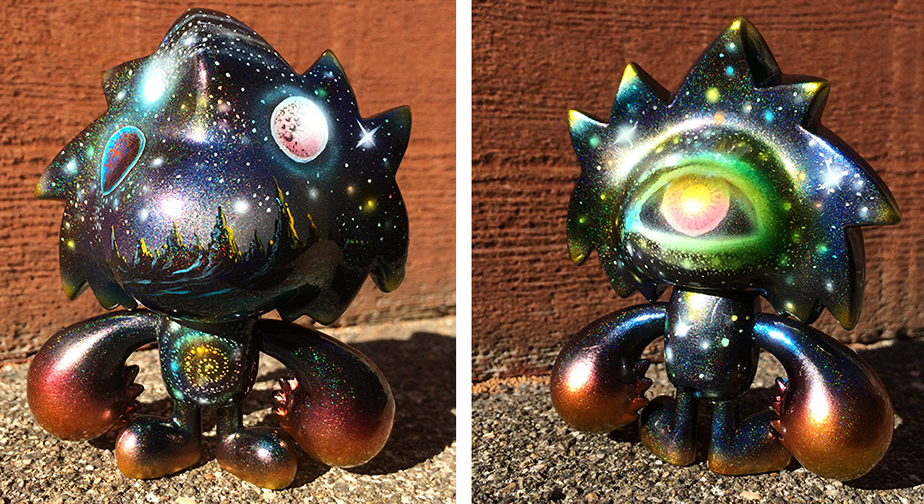 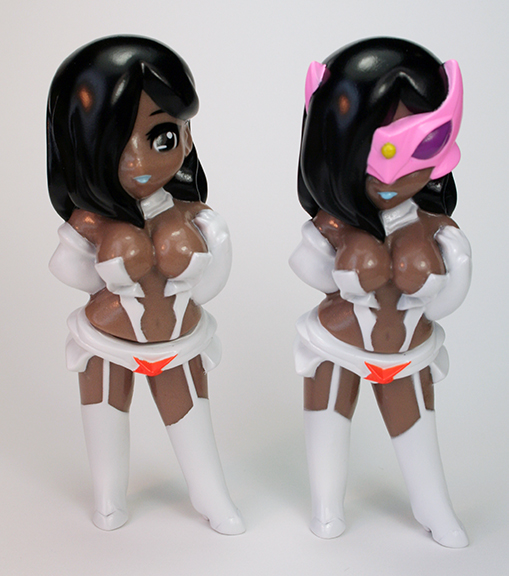 Well it’s been awhile but we finally have a new Lady Darkness ! This Tropical version is available in two versions, Face and Mask types ( each sold separately 😉 ) This particular figure sports close to 30 different masks … amazing painted details ! Lady Darkness is a villain of Lady Maxx ( for those who don’t know, buy our Lady Maxx comic book ) 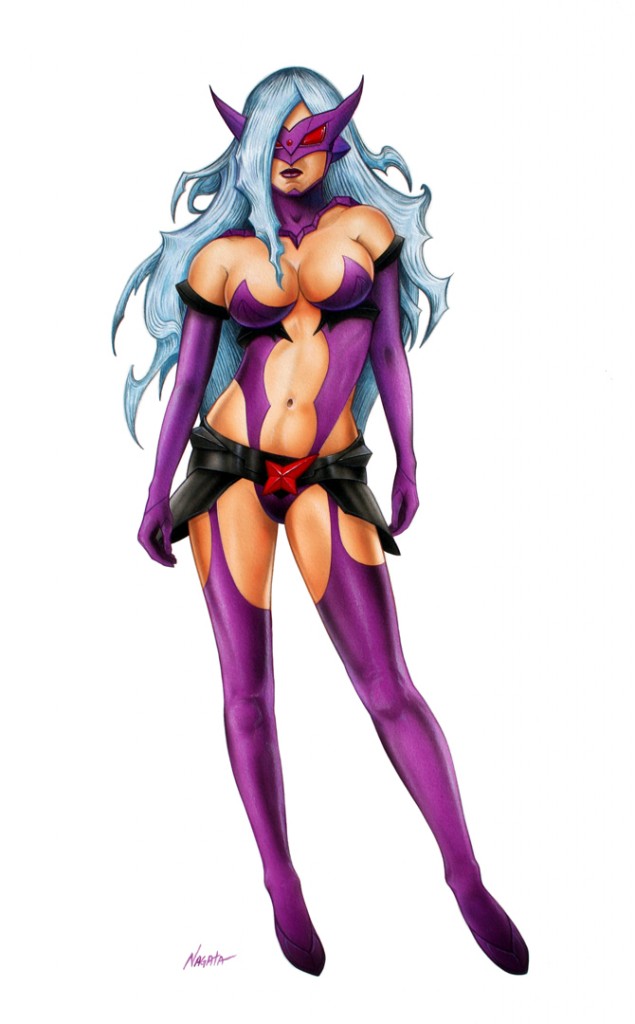 and below we also have the first factory paint version of our Kaiju Ultimate SaiKobi Mecha Dino figure ! 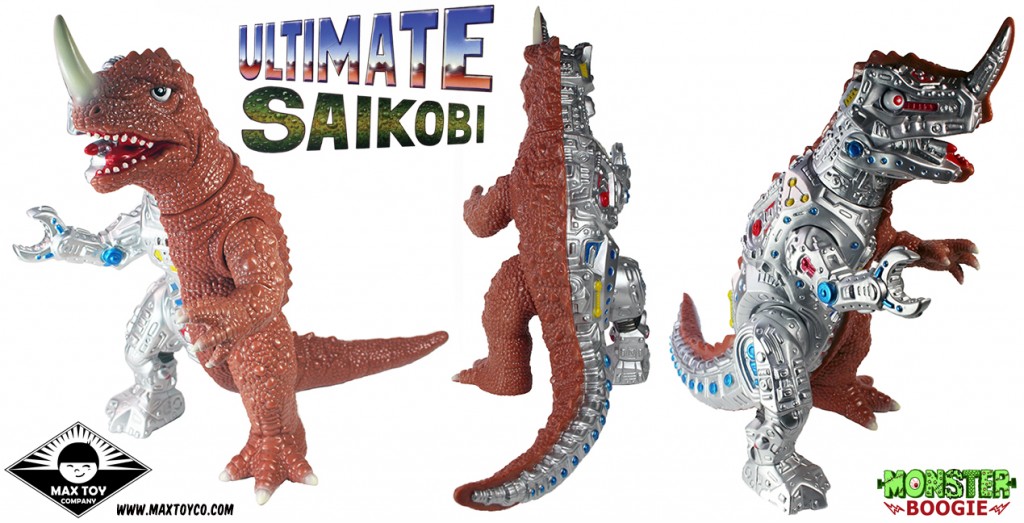 Painted by master Kaiju painters, The Maruyama Brothers, in Japan. How can you go wrong with a half mecha Dino and half Dino, well Dino ! Both in our web store now !

On sale Friday, Sept 24, 2015 via our web store – http://www.maxtoyco.com – This is a one of a kind Ultimate SaiKobi. Hand painted by Mark Nagata, using Monster Kolor paints !

Color change and clear coated .. take him in the Sun for a nice sparkle look ! 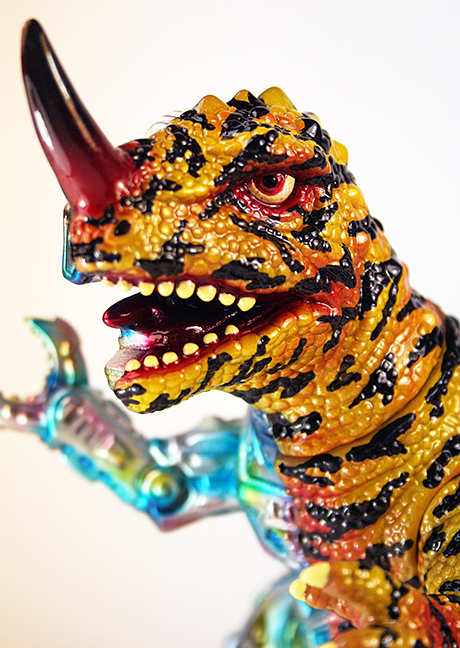 We’ve got a factory painted version arriving any day now… at a cheaper price point in case you want to wait ;-P

Kaiju Zetton ! Another USA debut 🎉 You know when I first saw #ultraman it was 1974 and I had to see it a friends house who had a new thing called cable TV 😬 and the Zetton episode was on. Thanks to Toy Karma , 50 years later I’ve made a Zetton figure ! Now available via www.maxtoyco.com ! Official licensed from Tsuburaya Productions Sculpt by @picopicoshimbun production coordination @quackmaxx #maxtoy #maxtoyco #kaiju #monster ...

Alien Mefilas ! One of my favs from the original 1966 #ultraman show. Original Tohl Narita design ...

Alien Mefilas ! One of my favs from the original 1966 #ultraman show. Original Tohl Narita design can’t be beat ! First time Mefilas made and for sale in the USA 🎉 now via www.maxtoyco.com ! #maxtoy #maxtoyco #sofubi #seijin #monster #alien Sculpt by @picopicoshimbun production coordination @quackmaxx ...

Ultraseven !!! USA debut of this officially licensed #sofubi from Tsuburaya Productions ! Now via ...