I recently had the pleasure of collabing with Shifty toy photography ( @shifty_toys ) on this special 14 piece, custom painted Negora ( by Mark Nagata ) with print, Kaiju Negora set. Inspired by the Cheshire Cat & Alice in Wonderland ! The result was this stunning photo by Shifty !! 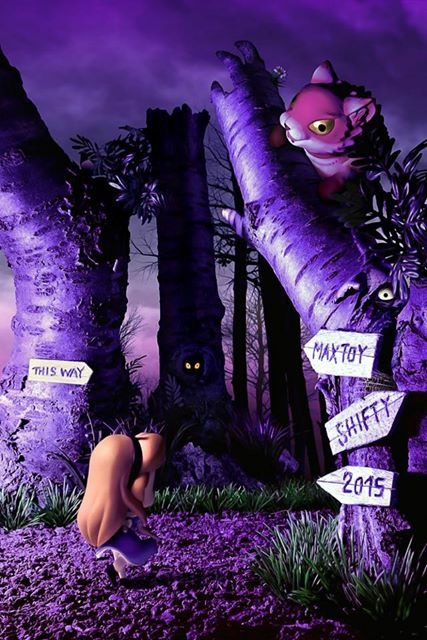 Check out the process pics as well. The set is fully hand built with later photo manipulation. The result is a moody but fantasy filled image, with nods to Kaiju Eyezon ( see the tree hands !), and other “hidden” Max Toy figures  😉 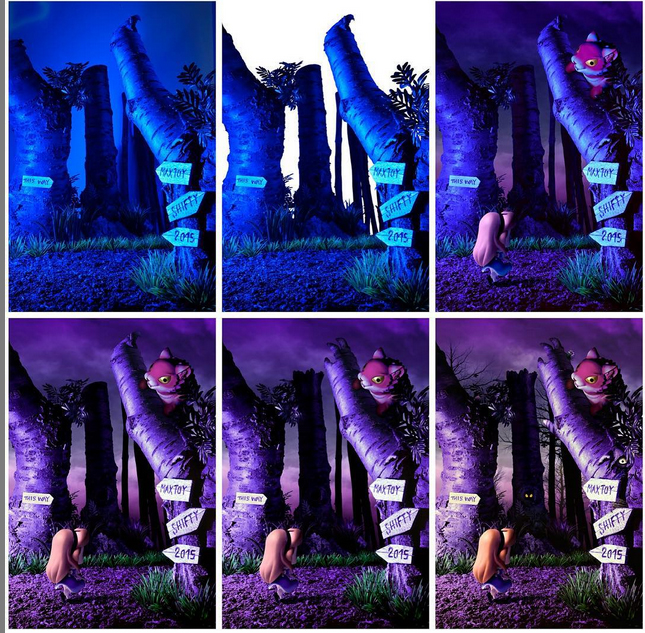 I’m sorry to say that Max Toy club members bought them all ;-( 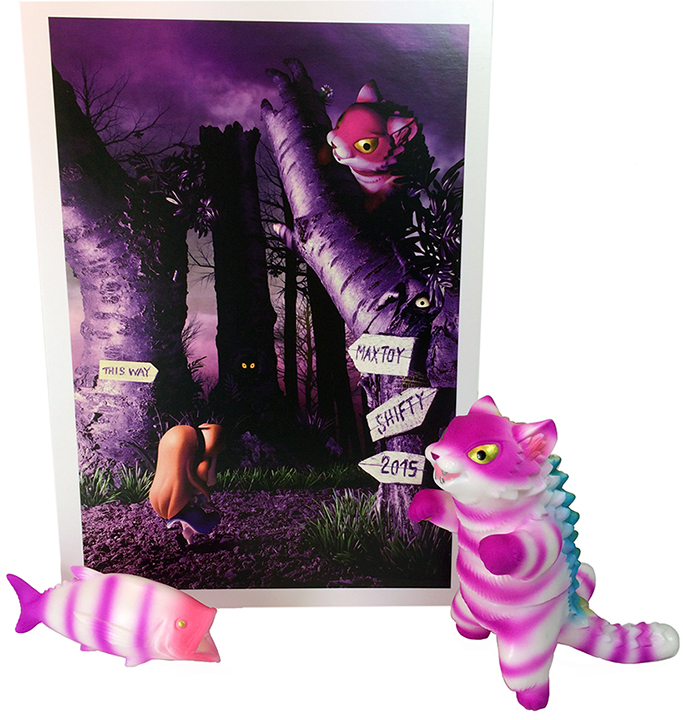 We had fun with this project, so stay tuned for another collab very soon ! 🙂

If you want a copy of this or other toy images Shifty has created, please contact him below.

I have the following customs for SDCC from our good friends at Squibbles Ink / Rotofugi booth 5248 ! Pricing via their web site : http://www.rotofugi.com/home 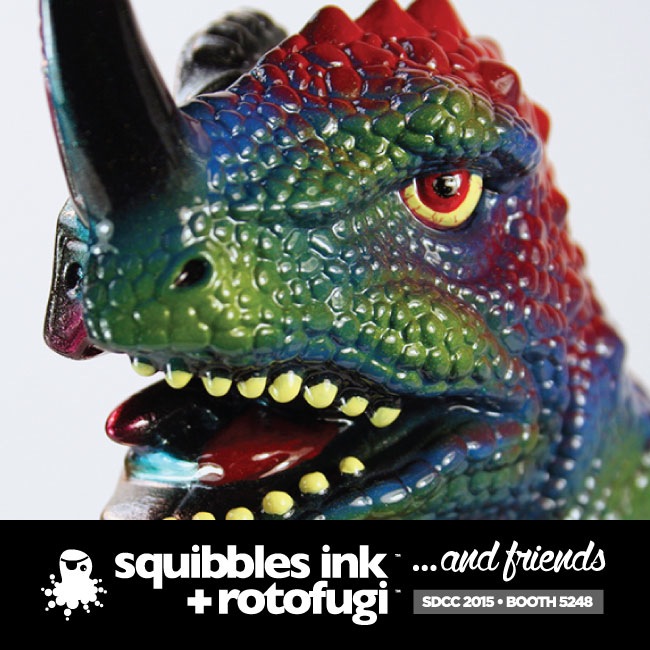 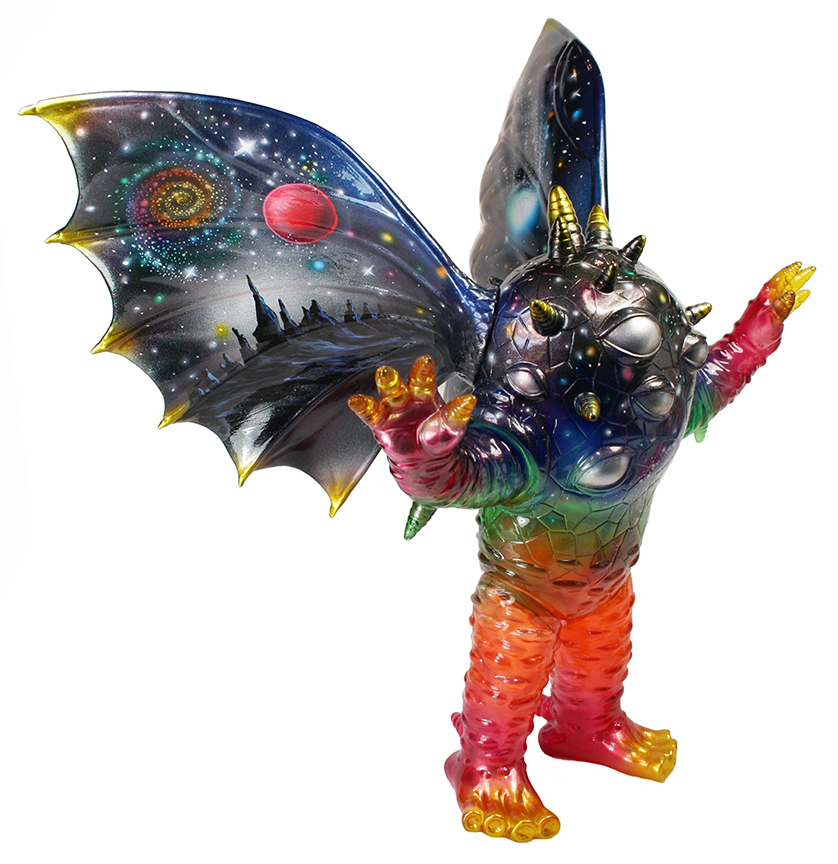 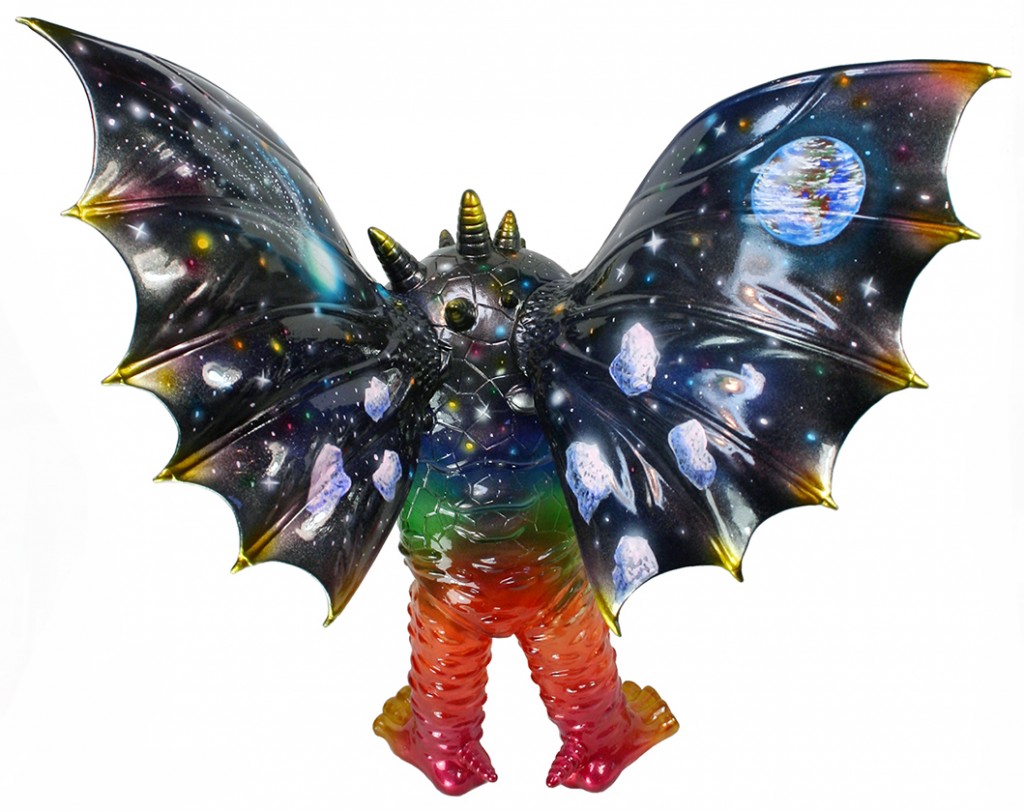 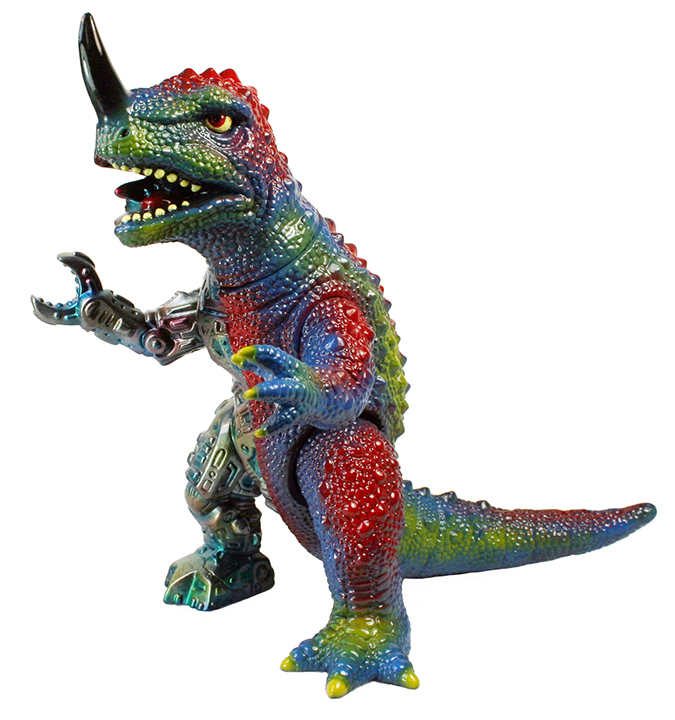 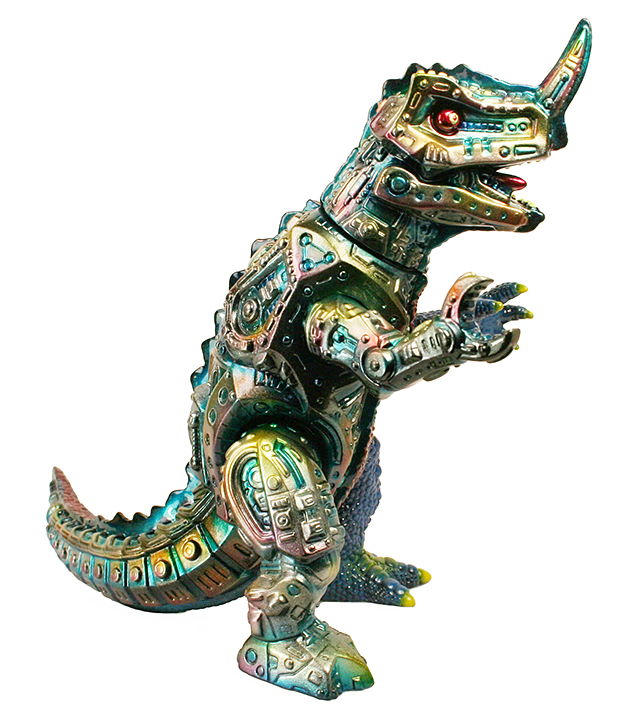 All customs painted with Monster Kolor paints and are one of a kind. Each is signed & dated on the feet. 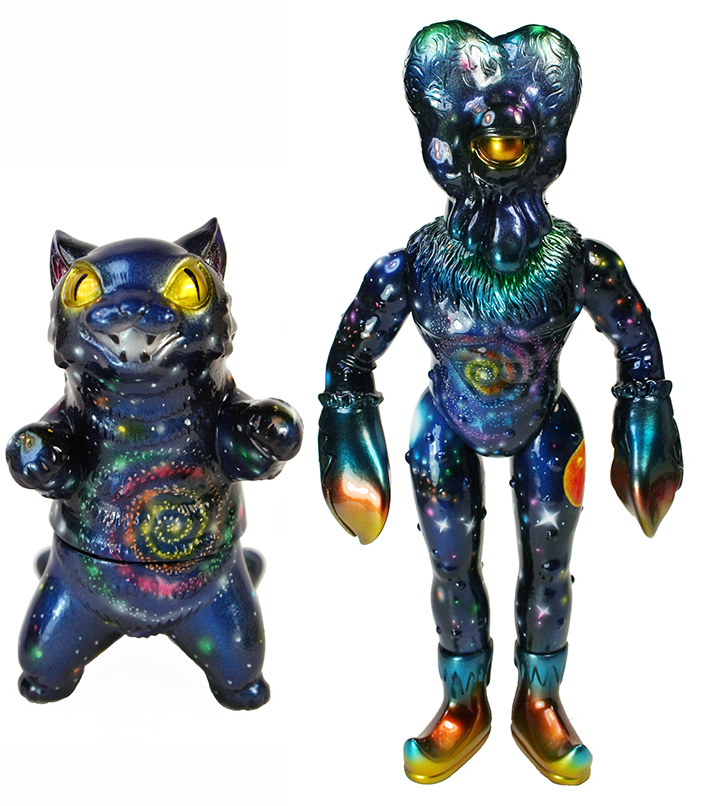 Just posted up in the Max Toy web store, a couple of custom painted figures by Mark Nagata ! Using his Galaxy style applied to a Kaiju Negora and Alien Xam ( thats Max spelled backwards ! ). Both feature stars, galaxies and more spacey details …plus glitter coatings ! Both are one of a kind figures 😉 Using Monster Kolor paints, there is a depth of color that pictures can not replicate .. you will be amazed in person 😉

Coming up, Comic Con custom pictures will post soon and will be available via Squibbles Ink / Rotofugi booth #5248 and a Space Dragon Dog for artist Martin Hsu booth #4530. 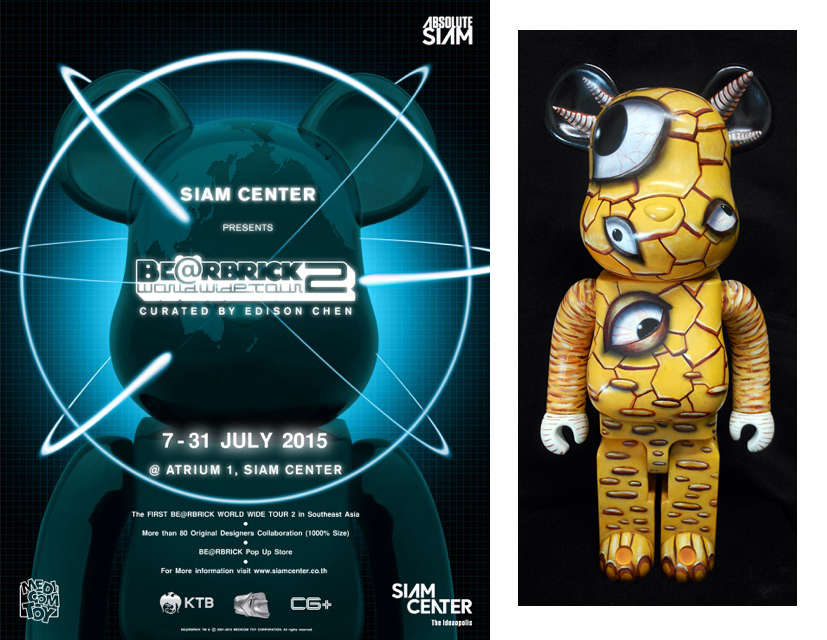 Hard to believe he’s been traveling the world since 2011  😉 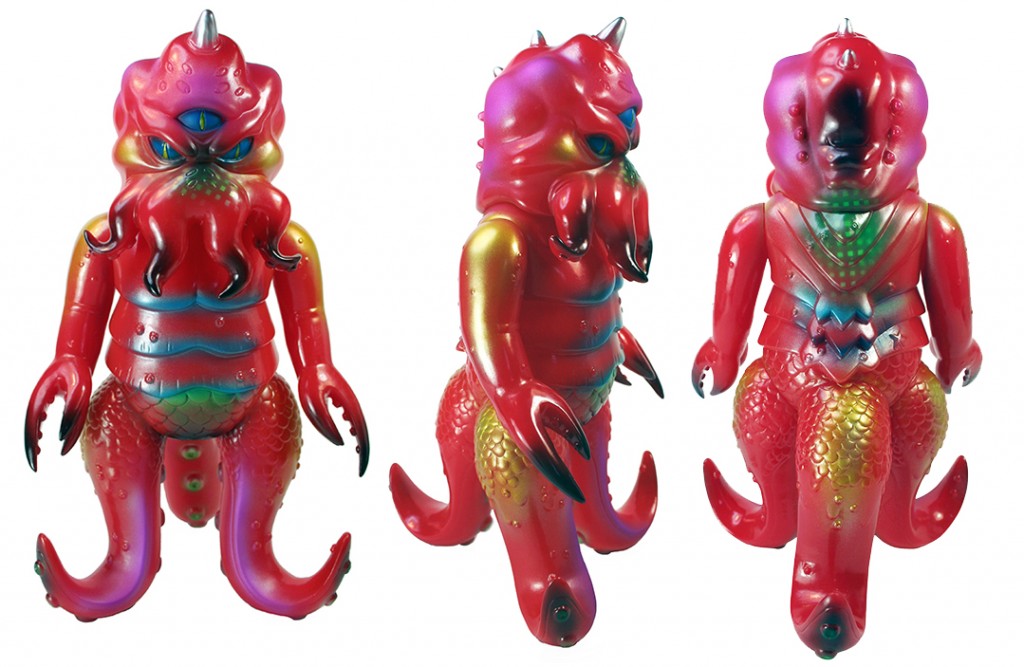 Hand painted by Mark Nagata using V color paints, this new Tropical Kaiju TriPus is now on sale in our web store ! Only a few remain, so hurry ! Sorry to report our first shipment of Ultimate Saikobi and the Negora v Koi have sold out. We should be getting more Saikobi in soon, so if you missed out don’t worry more are on order. Plus a fully painted version soon !

Now up in the web store are these two new, one of a kind, Kaiju Mecha Nekoron customs by artist Will Long (@buildbots). These are really cool, soft vinyl figures that have been “kit-bashed”, adding details like tanks and hoses and a special weathered paint scheme. If you know Will’s work, he’s know for such attention to details and you won’t be disappointed ! 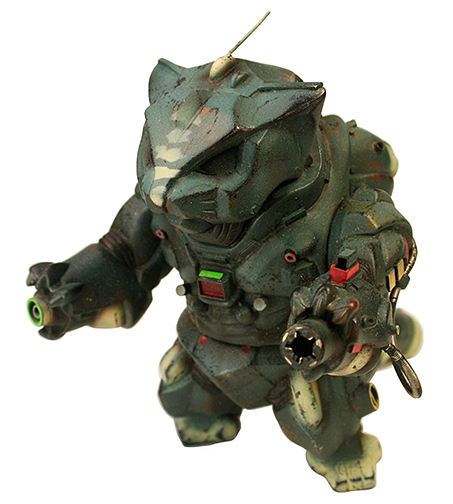 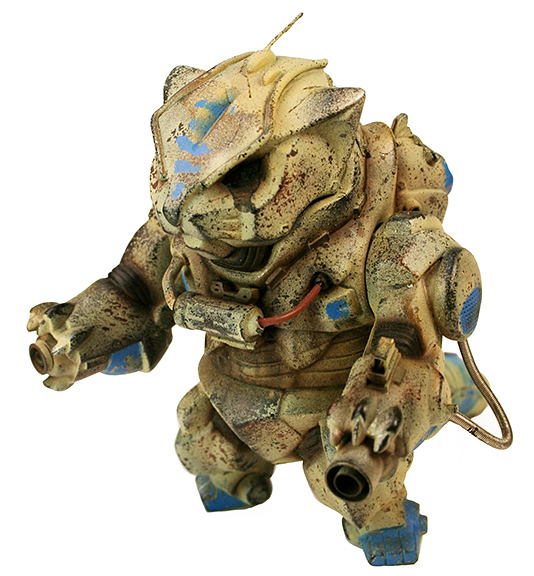 Later this week, we’ll be posting up these new rainbow clear mini Kaiju Eyezon with glow guts ! Less than 12 of them for sale, each painted with Monster Kolor paints by Mark Nagata. And, last but not least, a few clear Pink micro Negora with no paint !! 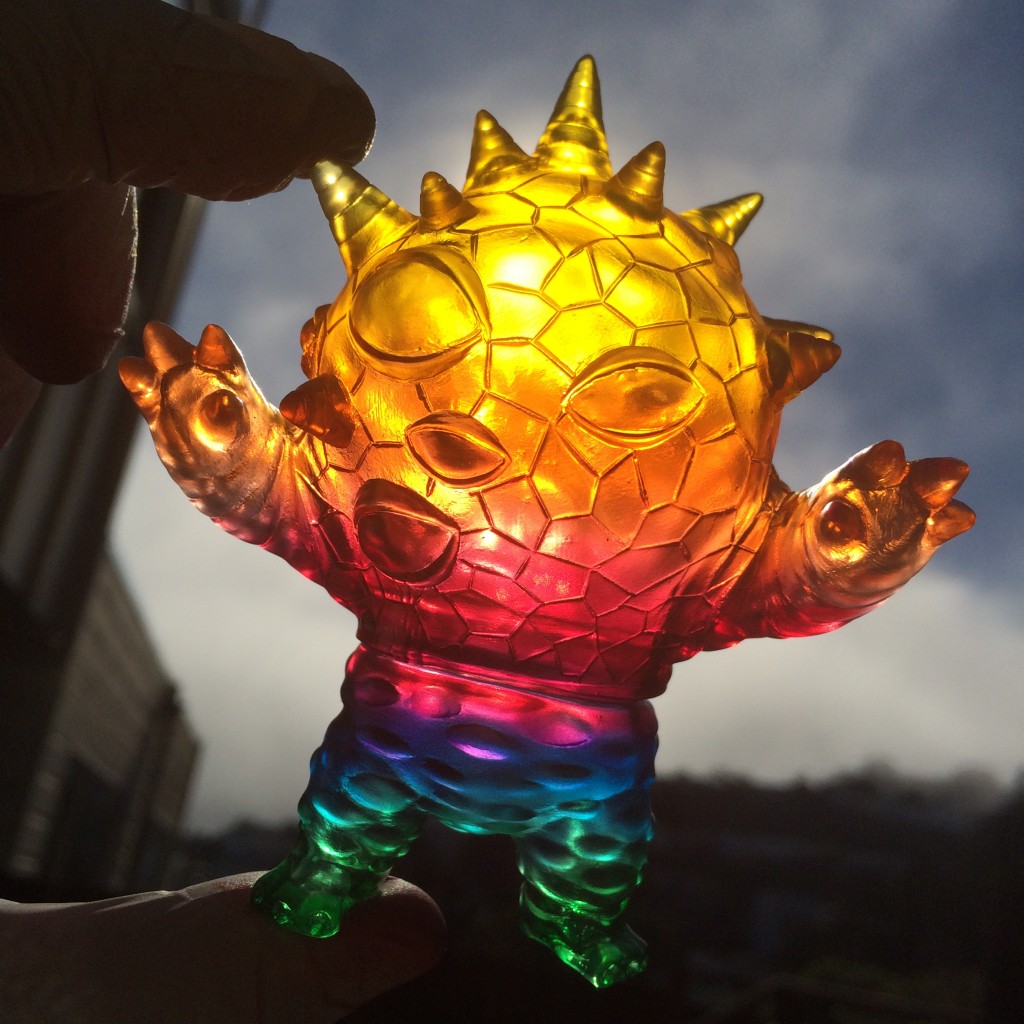 Sorry for the delay but if you pre ordered a Nyagira Kaiju Cat tshirt they will be shipping this coming week 😉 Nyagira shirt designed by Javier Jimenez ( http://www.javierjimenezdesign.com) and Printed by the folks at Monster Kolors (http://www.monsterkolorstore.com) ! 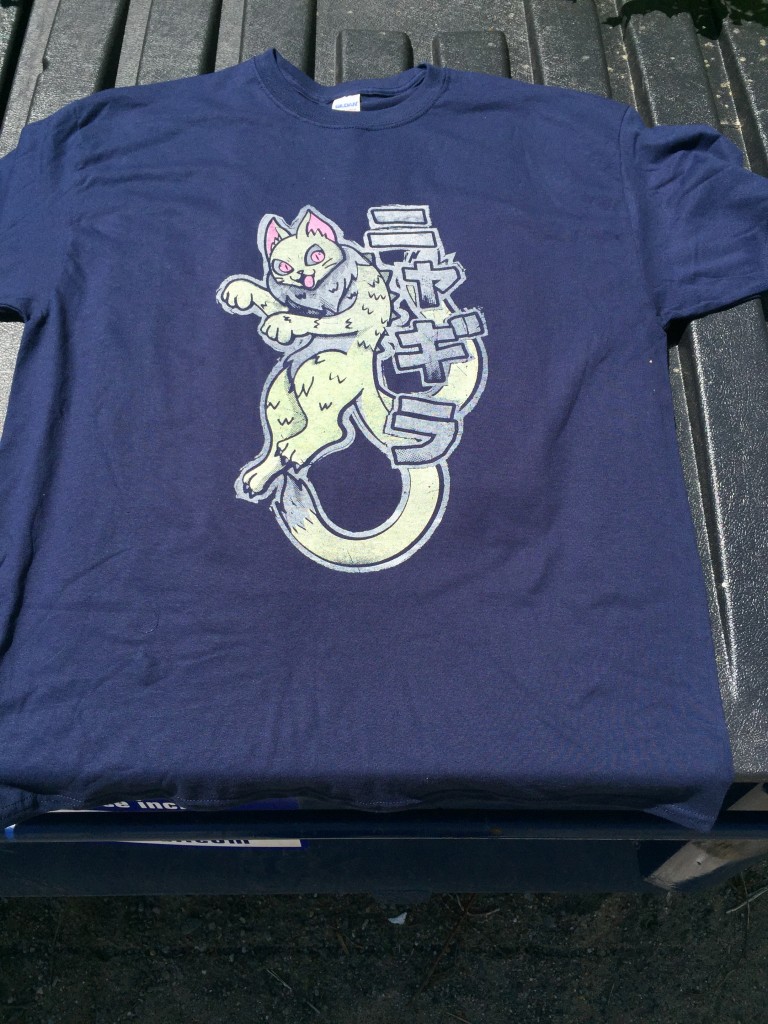 Here’s a peek at them, better pics in a few days ! After I fill pre orders I’ll post remaining stock in the web store by size.

Next week on Saturday, June 6th, 2015, I have this original painting (left side) in Bwana Spoon’s FOE gallery show. Check FOE for more details, lots of good stuff to be had ! 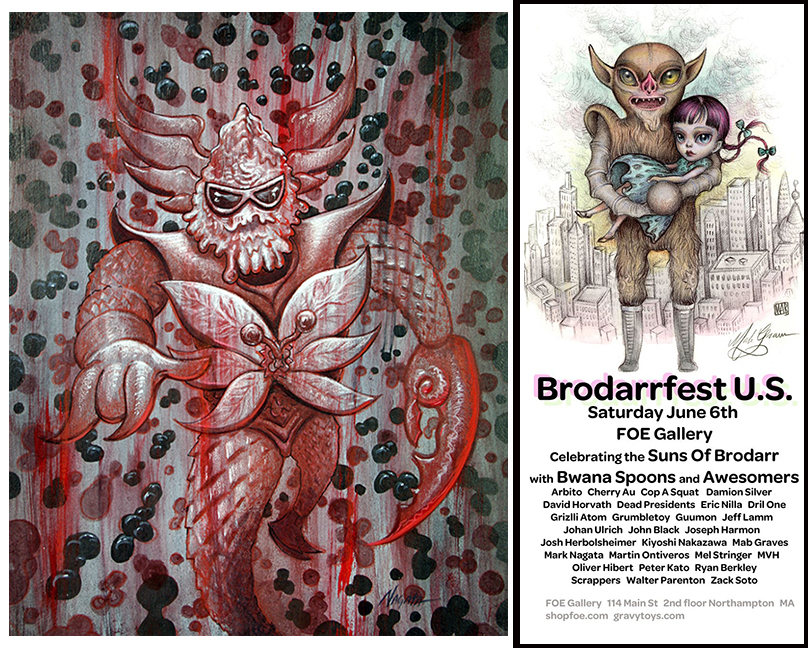 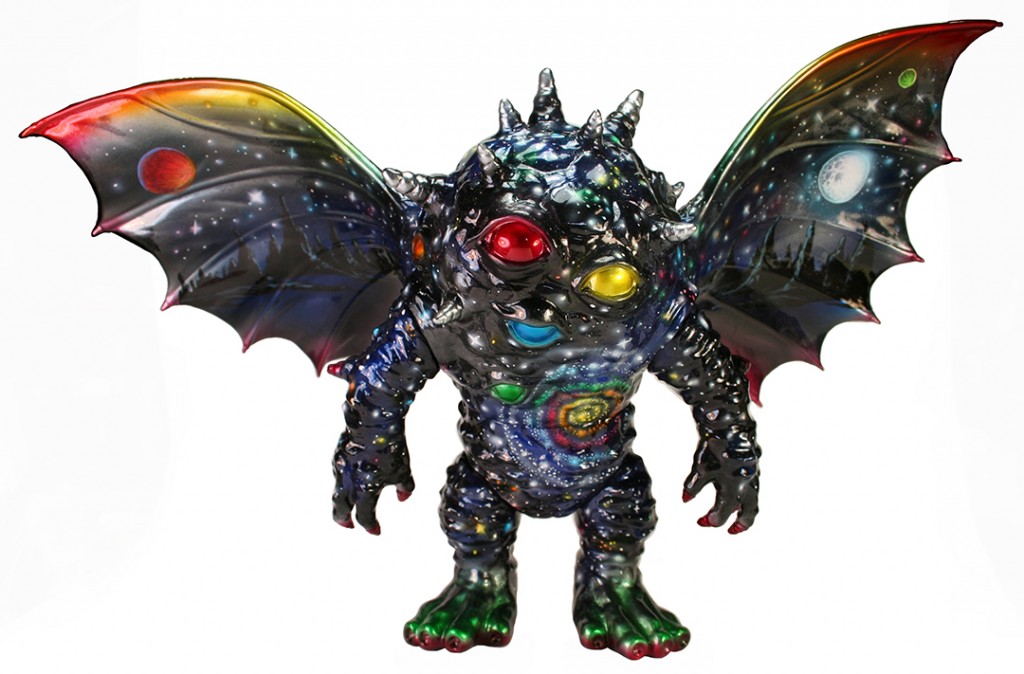 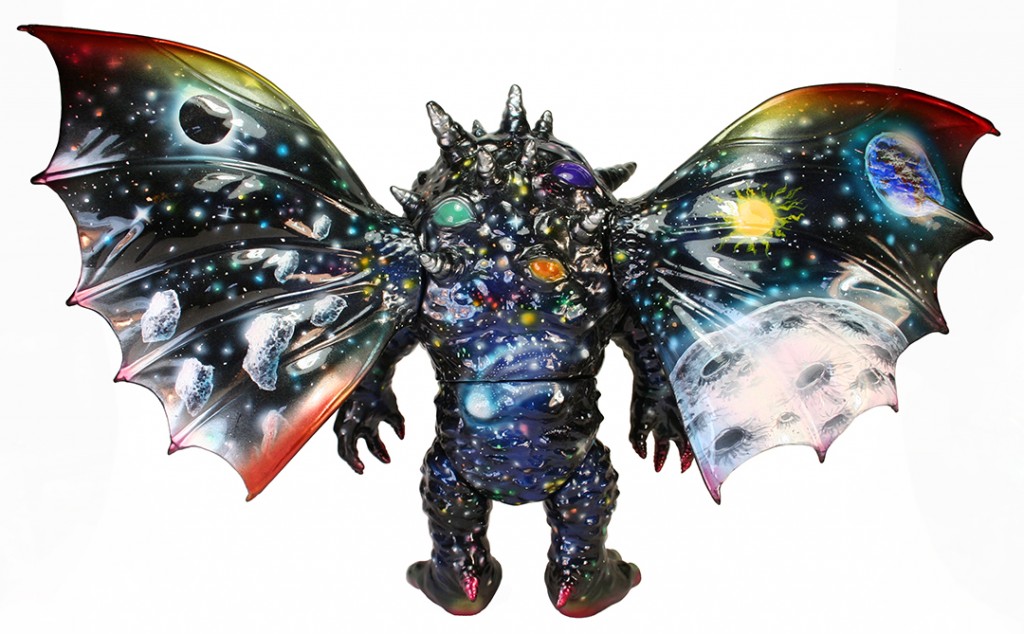 And last but not least, the final Hello Kitty Kaiju figure is now on sale at the Japanese American National Museum (http://www.janm.org ) store. There was a limited release online but they are now sold out. However, you can buy one in person still but one per person. No phone orders or email saves, sorry to say. Its while supplies last and this being the last weekend of the Hello Kitty 40th Anniversary show, I don’t expect them to last too long. I wanted to take a moment to not only thank the Fans for buying this figure but to Sanrio, Jamie at JapanLA and to Maria Kwong at JANM for their help in making this possible. Many thanks to Makino-san for the perfect sculpt, to Shimizu-san in Tokyo for casting all the vinyl pieces, to the Maruyama Brothers for hand painting each one in Japan and to Yo-san the Man in Japan for coordinating all the production. In order to make one toy there are many people who do their part, so you can have something to collect. So the next time you look at one of our toys or even a toy from Target, just remember that there are humans and hard work behind them 😉 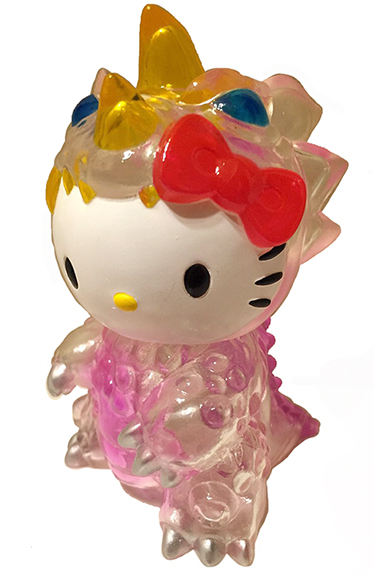 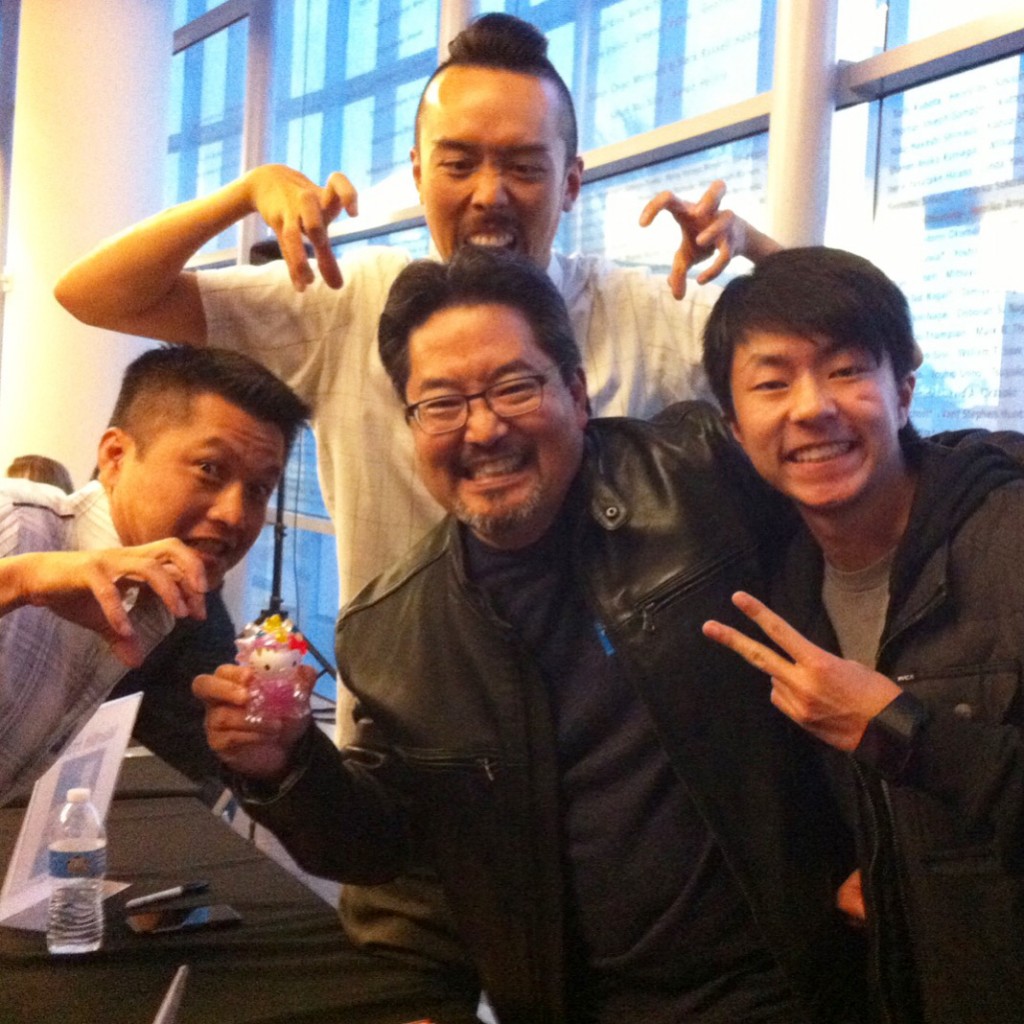 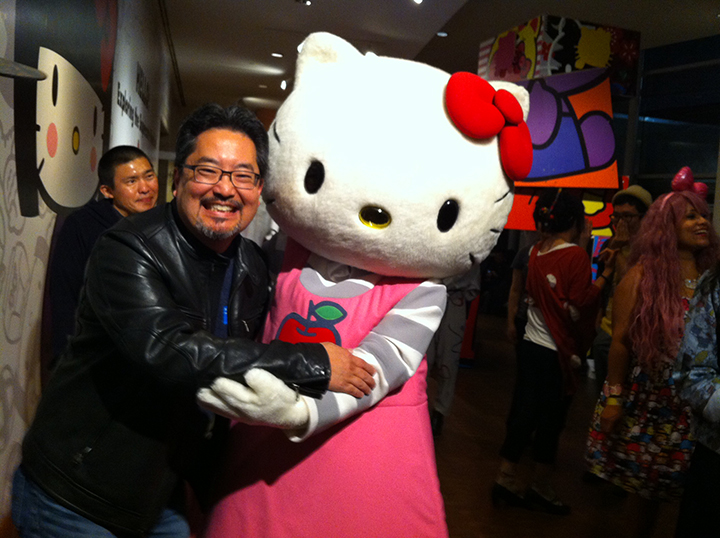 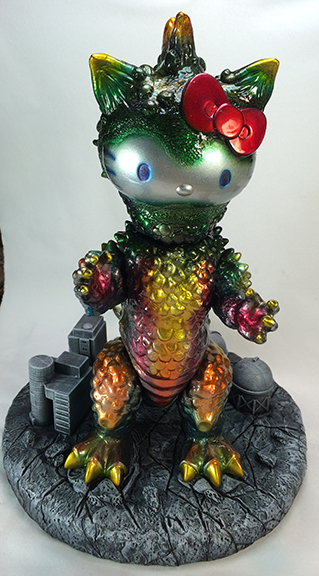 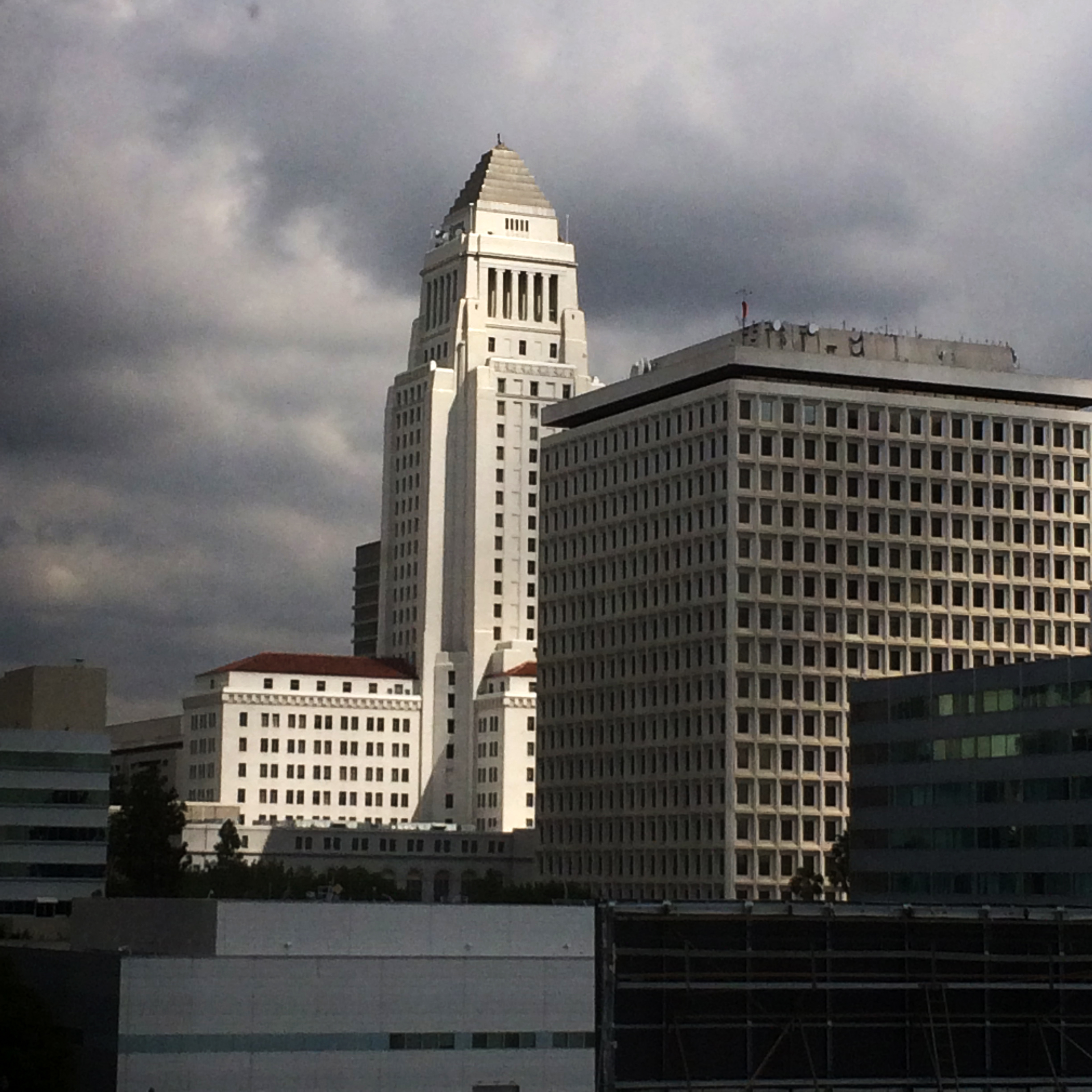 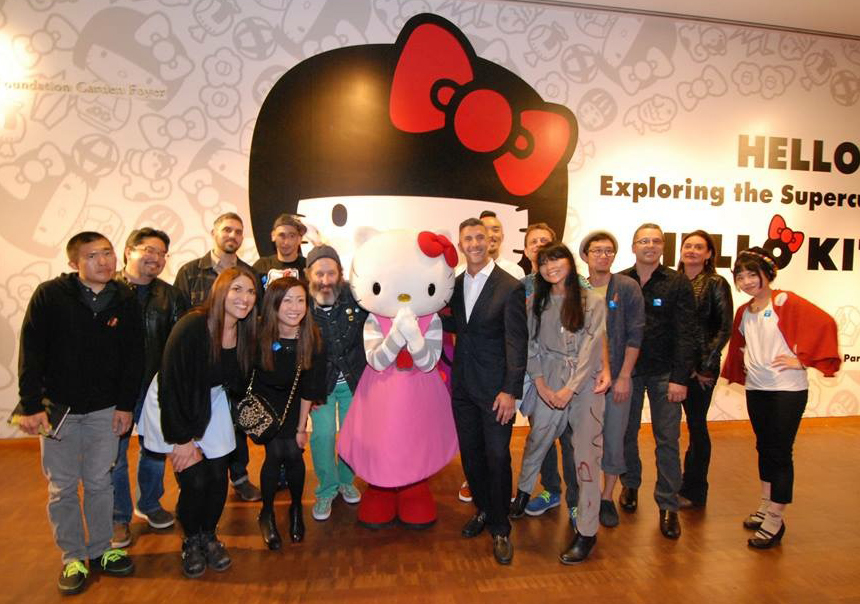 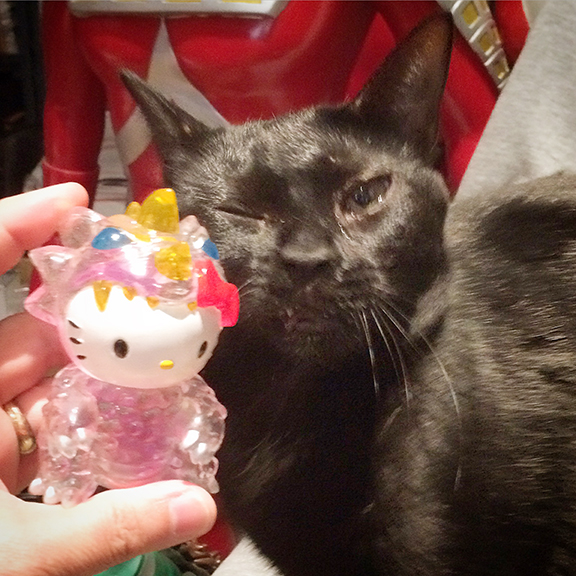 I made this custom Kaiju Eyezon with a EC comics inspired Witch on the for this charity event for a little boy named, Mattia in Italy. I understand the piece has sold (?!) but in any case there’s a lot of nice art and all proceeds go towards this charity. 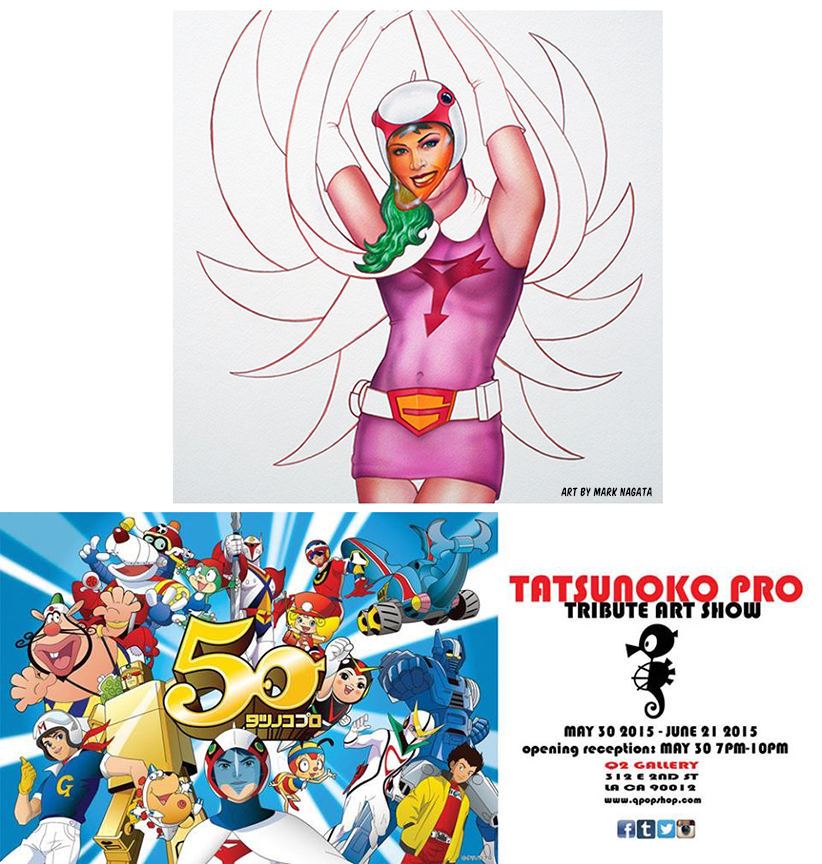 Got back into my 2D painting mode for a bit for this upcoming Qpop show. They did not want me to show the whole piece ( well you can see it on my instagram ) 16×20 inches, acrylics on watercolor board. Princess Jun from Gatchaman. Pin Up style  😉 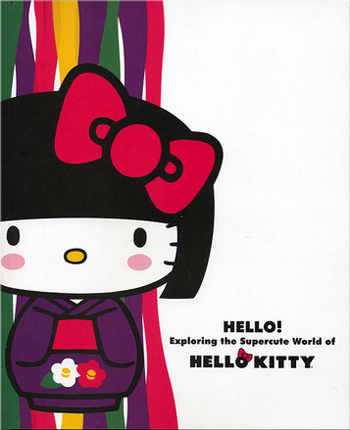 This Friday, May 22nd, 2015, I’ll be attending the special closing Party for the Japanese American National Museum Hello Kitty 40th show. A bunch of artists in the show will be there, too, signing books. I look forward to meeting you all ! 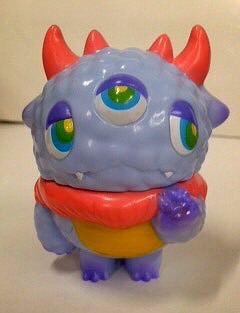 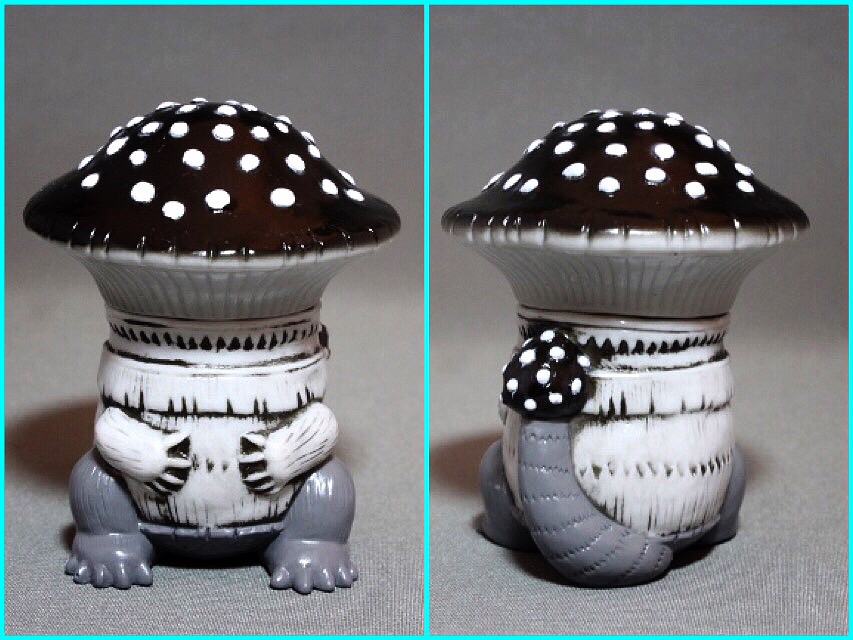 Waiting on a bunch of vinyls to arrive, including these Kaiju Gals figures Mushroom Kaiju Kinora & little monster Nemuke that had their debut at Design Festa. I’ll have them in stock soon ! Nyagira tshirts should be printing real soon, I’ll post updates very soon, but thank you for the wonderful response to them !
« 1 … 23 24 25 26 27 28 »